Pomona is committed to hiring and retaining talent throughout the firm. We seek to provide opportunity for people to grow in a culture of continuous improvement. The result is a deep team of professionals who share that common culture along with a broad range of experience and complementary skill sets. 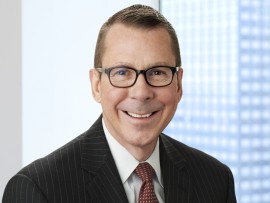 Stephen M. Futrell joined Pomona Capital in 1995 and now serves as Senior Advisor to the Firm. Mr. Futrell has 28 years of private equity experience. Prior to joining Pomona, he was the Chief Financial Officer of Schroder Venture International Life Sciences, Inc. Mr. Futrell served in several financial positions at Schroders, including Assistant Deputy Group Financial Controller of its London-based investment bank, Treasurer/Vice President of its fund management business in New York, and Controller of Schroder Capital Management International. Mr. Futrell began his career at Touche Ross & Company. He received a BA in accounting from Northwestern State University and Northeast Louisiana University and is a CPA.